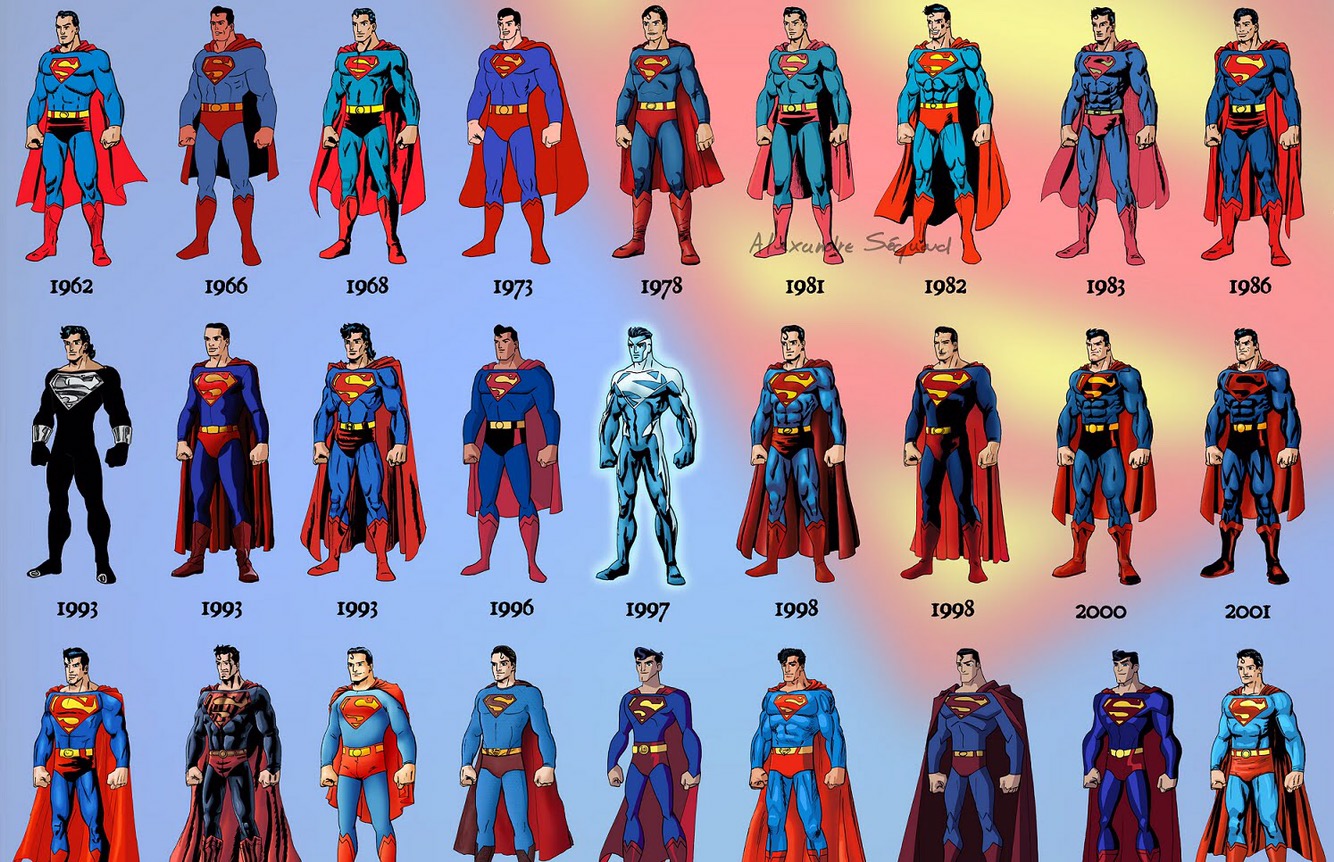 Any time we think of superheroes we think of the costume. Quite often it is the most important aspect of a character, certainly in the genre of the superhero the costume is king. From the very beginnings of the crime-fighter costumes of the Shadow and the Phantom, to the high-tech suits of the modern movie incarnation of Spider-Man, the threads they wear often dictate the popularity of a character. The clothes truly make the man.
But where does it begin? Where can we trace where the colourful costumes of the superhero come from? Certainly there were fictional characters dressed in a distinctive style long before Superman and his predecessors took to the pages of the comic book. Robin Hood was said to have worn tights and a tunic, the urban legend Spring-heeled Jack was reported to have been seen sporting an oilskin and cloak and helmet. Even Peter Pan had his own distinctive costume, so trademark outfits have existed for quite some time in storytelling history. Siegel and Shuster were said to have drawn inspiration from Flash Gordon and the costumes of the circus strongmen when devising Superman, and certainly the colourful DNA of his costume could be seen in these archetypes. Three-colour printing (RGB) was still in its relative infancy by the time Superman first stepped onto the pages, but the process had become cheap enough to use for a mass market, so the colourful appeal of his suit would certainly have helped to highlight the character we needed to centre on. There is a difference between the suits of a superhero and a character such as Zorro or Robin Hood, and that is the superhero’s sigil.

Most of the classical superheroes have them. A symbol representing who they are. From the simplistic S of Superman’s shield to the spider of Peter Parker’s red and blue lycra, each one is a marker that at quick glance we can identify who it is we are looking at. It is a stroke of clever cunning that such a quick way of identifying a character was employed in the superhero’s suit. Arguably someone like Batman does not need the bat on his chest, he is such a distinctive silhouette that you could not be confused as to who he was. But take away the shield from Superman’s chest and you are left with a strongman in tights. When Mark Waid introduced the meaning behind the Superman logo as a Kryptonian symbol of Hope (see Superman Birthright) he wasn’t giving us anything that we didn’t already know. He was simply putting into words that which we already knew – Superman means hope!

But what makes a good costume? What are the necessary parts that make a suit unique and distinctive? It has become a trend over the last dozen years or so to revise and reinvent the costumes some of our most-beloved icons wear. Superman now wears an alien suit of armour that he no longer needs to keep under his clothes. Batman, too, has gone from wearing simple tights to wearing full-on Kevlar weave. Even Wonder Woman has dropped the Stars and Stripes for a classically Greek-inspired ensemble. Yes, the costume changes with the times. Sometimes the suit colours are tweaked. Sometimes parts are added, sometimes parts are removed, but the superhero costume has a legacy in its own right. Handed down from artist to artist, writer to writer, to reinterpret and reinvent as they see fit. Sometimes the mark has been hit, sometimes it has gone wide, but the point is the costume has its own evolution path in its own right. As is quite often the costume is the only thing to change about the character. Most superheroes still refuse to kill, even though the world we now inhabit is far more brutal than the era the superhero was first born in. It could be argued that superheroes should be let off the leash, but that is for another time to discuss.

So there is a trend for what a superhero wears. Superman without his cape (Superman Red/Superman Blue) wasn’t quite Superman. Batman would not be Batman without his scalloped wings. How would you feel if a speedster such as the Flash or Quicksilver were to be given a cape? It would seem out of place, would it not? You will often find that the simpler design is often the more popular. It also eases pressure on the artist who has to draw the character panel after panel to keep it simple. So were Spider-Man to be given a regular tracksuit would he be as popular? Likely, yes. But that is only because the groundwork has been done already. Once a character is popular the writers and artists can take risks. Were it his debut and he was just a man in a regular tracksuit his story may have been quite different. Arguments can be offered that the character is the defining part of a superhero, but was that truly the case why would people become so hostile and incensed when change happens to a superhero’s wardrobe? I believe it is a perfect balancing act between good writing and good art. The true definition of what makes a good comic sing is also what makes a good character great – the art and the writing.

So next time you watch a superhero film,  Or read a superhero book, or play a superhero game, take stock and actually look at the suit that character is wearing. Take the time to appreciate thought and consideration has gone into what you are seeing. Then ask yourself… is it the pretty colours and capes that are truly holding your interest?